The River Thames seeps out of the earth in a Gloucestershire field near Cirencester. Two hundred and fifteen miles and six counties later, it is swallowed by the North Sea.

How long is the River Thames?

In comparison with major rivers of the world, the Thames is a very small river. It has a total length of just 346 km (215 miles) and is the longest river wholly in England.


The river runs from west to east, beginning life as a gentle stream.

Being such a short river, and having a gentle gradient from the source to sea, the Thames does not have the variety of features found in bigger rivers. It is slow and meandering for most of its length. At certain points, its meanders are so exaggerated that it nearly turns back on itself.

We took Winnie-the-Pooh and his boat to find the source of the River Thames in April 2007. Two months later, Pooh had sailed all the way down the Thames to the North sea. 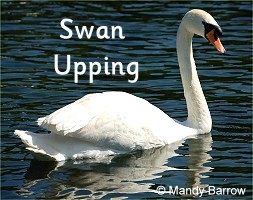